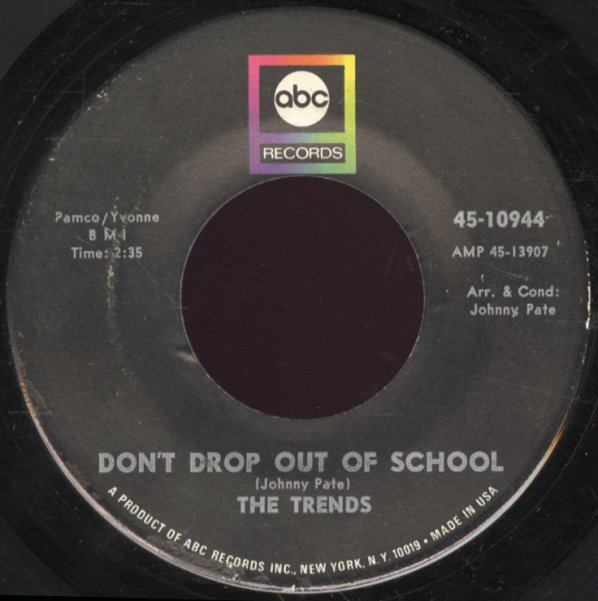 Don't Drop Out Of School/Check My Tears

Oh for the days of the "drop out" single! We're not sure why don't they ever make these any more, but this cut's a great reminder of the genre at its best – done with a simple message that never gets too complicated – set to upbeat and bouncing arrangements from Johnny Pate, who also penned the track! "Check My Tears" is more of a tune overall – one that starts with some nice Pate-esque woodwinds before the vocals, then builds into a beautiful Impressions-like mode!  © 1996-2022, Dusty Groove, Inc.