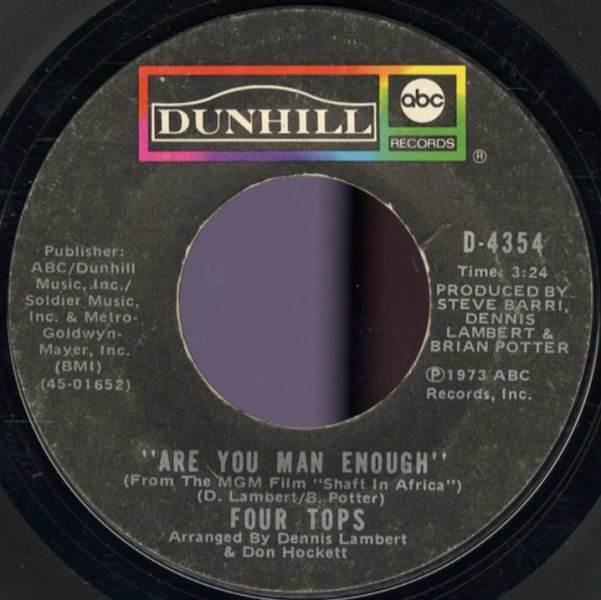 Are You Man Enough/Peace Of Mind

One of the all-time blacksploitation vocal themes! "Are You Man Enough" was lifted from the soundtrack to Shaft In Africa – and it's a perfect blend of righteous soul vocals, funky clavinet, wah wah guitar, and even a bit of conga grooving. Totally catchy – and one we've listened to for years! "Peace of Mind" has a similar feel, with some great conga and piano on the intro!  © 1996-2021, Dusty Groove, Inc.