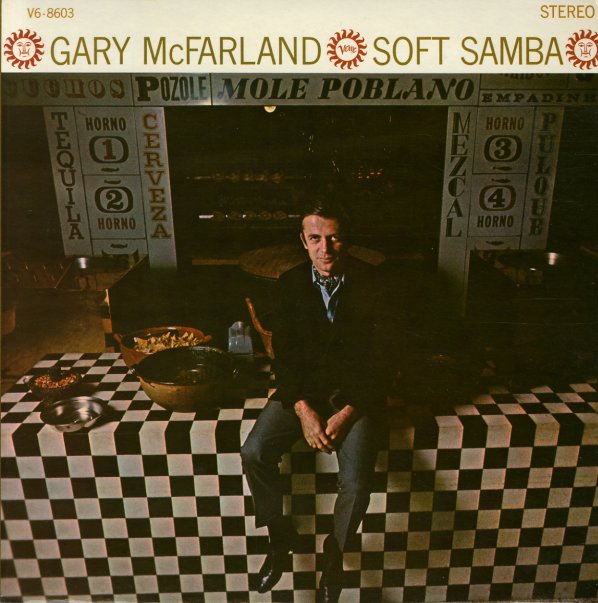 A dream of a record from Gary McFarland – lightly jazzy instrumentals with a warm bossa nova undercurrent! The style is incredible – a sweet blend of vibes, guitar, and even some light whistling – often also featuring wordless jazz vocals – scatting along with the groove in a melodic and lovely kind of way! The whole thing's incredibly charming, and even familiar tunes come across sounding quite different in McFarlands hands. Titles include "From Russia With Love", "More", "Emily", "La Vie En Rose", "The Love Goddess", and even a groovy take on "I Want To Hold Your Hand". For you true swingers, the cover includes directions for mixing a "Soft Samba Cocktail" (courtesy Spanish Sherry Institute)!  © 1996-2021, Dusty Groove, Inc.
(Mono MGM pressing. Cover has a cutout hole.)

Today
Skye, Late 60s. Very Good+ Gatefold
LP...$14.99
Wild stuff – and very different than Gary McFarland's earlier albums! Today was recorded late in Gary's career, and is has him moving a bit away from jazz – into a more sunshine pop feel – one that still retains plenty of the bossa and breezy elements of his Verve work, but which ... LP, Vinyl record album