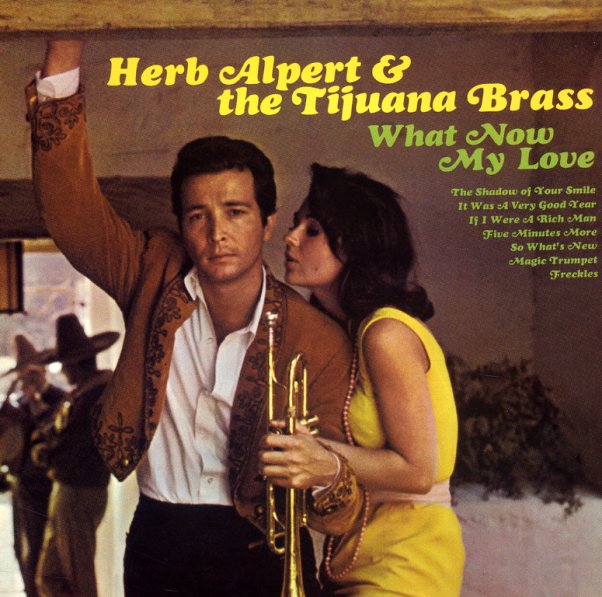 What Now My Love

The genius of this set is summed up in the tune "Magic Trumpet" – perhaps one of the best estimations of Herb's talents we could think of! The tune, like the entire album, is a fluid bit of magic that takes an older brass-driven mode into the far groovier styles of the 60s – an approach that fuses all the horns around Herb's boldly stated lead, and slides them all around in jaunty rhythms that are a perfect blend of the A&M groove and an imagined Latin past! Titles include "Freckles", "Magic Trumpet", "Five Minutes More", "Shadow Of Your Smile", "Plucky", "So What's New", and "It Was A Very Good Year".  © 1996-2021, Dusty Groove, Inc.
(Tan label stereo pressing. Cover has clear tape inside the opening, in fantastic shape otherwise.)

Burt Bacharach In Concert
A&M/MFP (UK), Early 70s. Near Mint-
LP...$14.99
An incredible live recording by Burt Bacharach – and one that wasn't issued in the US! This early 70s concert is great proof that the Bacharach magic didn't come from any studio tricks – but from the genius of Burt himself – as the maestro's working here in a fantastic larger-than ... LP, Vinyl record album