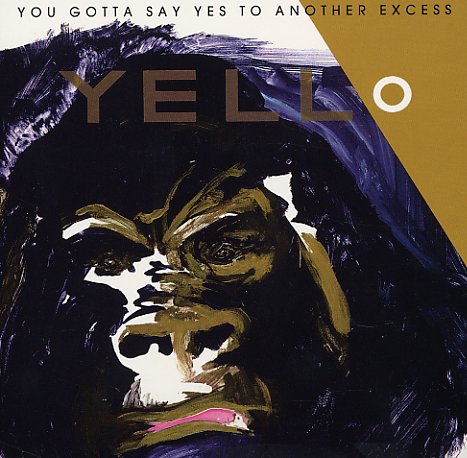 You Gotta Say Yes To Another Excess

The first rumblings of the pop genius in Yello's music – a record that still has all the best quirky electronics of their first two sets, but which also focuses that energy into a sound that's often more direct and oddly hook-oriented on the best numbers! There's a really percussive vibe going on here – a quality that makes the album almost more darkly rhythmic than other efforts, but which also pushes some tunes ahead with quite a sense of drive – mixing early samples, analogue electronics, and Dieter Meier's always-great vocals into a sound that's still better than many of the countless groups who sprung up in Yello's wake. Titles include "I Love You", "Swing", "Heavy Whispers", "Crash Dance", "Lost Again", "Smile On You", "Pumping Velvet", and "Salut Mayoumba".  © 1996-2021, Dusty Groove, Inc.
(US red label Elektra pressing.)

Crossroads Of Time
Mercury, 1968. Near Mint-
LP...$24.99
Great work from a group who definitely are in the budding years of the UK progressive scene – but one who also knows how to stick to a tighter combo sound too! The record's got a really wonderful vibe – the full-on fire of some late beat group work, but much more farther-reaching in ... LP, Vinyl record album