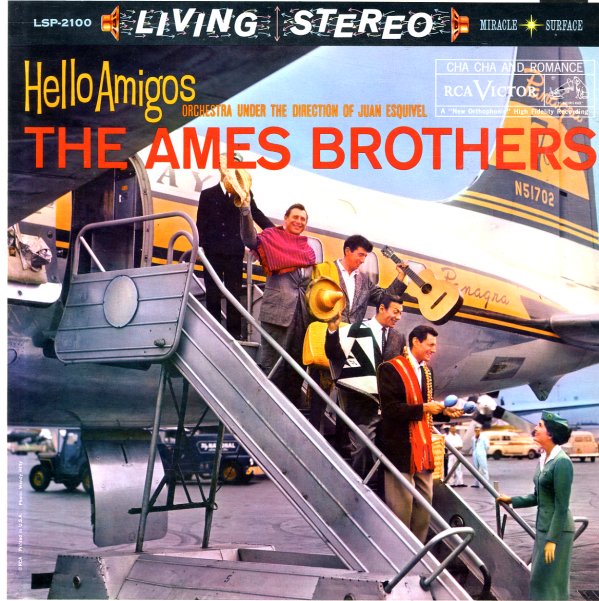 A very unique outing – a set that mixes the sweet harmonies of The Ames Brothers with wild backings from Esquivel! Most of the tracks are in Spanish, and have Esquivel doing a standard Latin sound, but which also approaches his own solo work in some of the more unusual moments!  © 1996-2022, Dusty Groove, Inc.
(Stereo pressing with deep groove. Cover has light wear and a split top seam.)

Stormy Weather
RCA, 1957. Very Good+
LP...$7.99
One of Lena Horne's greatest albums of the 50s – a rock-solid effort that takes its name from her famous film appearance of the 40s, but which features some wonderfully sophisticated songs in a very postwar mode! As with other RCA dates of the time, the orchestra's handled by Lena's partner ... LP, Vinyl record album

Joy
RCA, 1970. Very Good+
LP...$5.99
Oscar Brown's score for a hip play that he wrote (one of his many plays!) – performed by him, Sivuca, and Jean Pace. Despite the "show" quality of the material, this actually stands simply as a great Oscar Brown Jr. LP, and the production is nice and intimate, and sounds just like ... LP, Vinyl record album