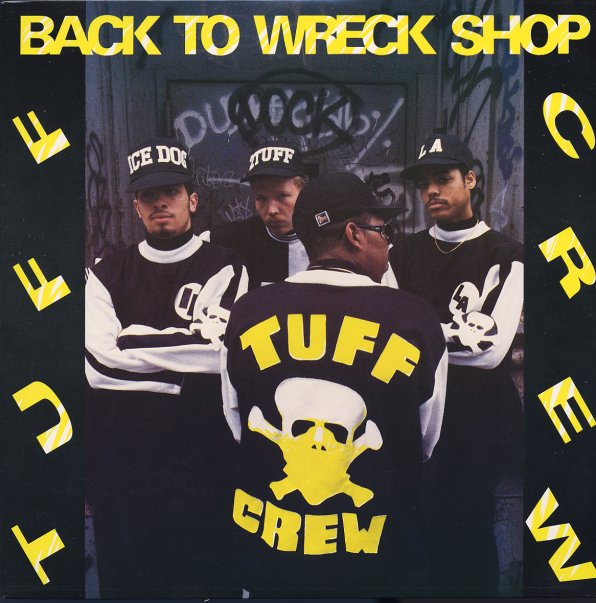 Back To Wreck Shop

The Tuff Crew burst out of the Philly scene with this overlooked gem from the end of the 80s – an album that may not be top of the history books, but which still has all the raw creative energy of those great indie years before the first big assault on hip hop by the major labels! The production is pretty spare – maybe even more like NYC productions from a few years before – which might have led to the album's lack of respect at the time, but which sounds pretty darn great all these many years later! These guys maybe also aren't as careful with their politics or a political style – but that's also one of the things that makes the album interesting too – a reminder of how unbridled hip hop production could be in the early days. Titles include "Wreck Shop", "Going The Distance", "Danger Zone Assault", "Behold The Detonator", "Soul Food", and "My Parta Town".  © 1996-2022, Dusty Groove, Inc.