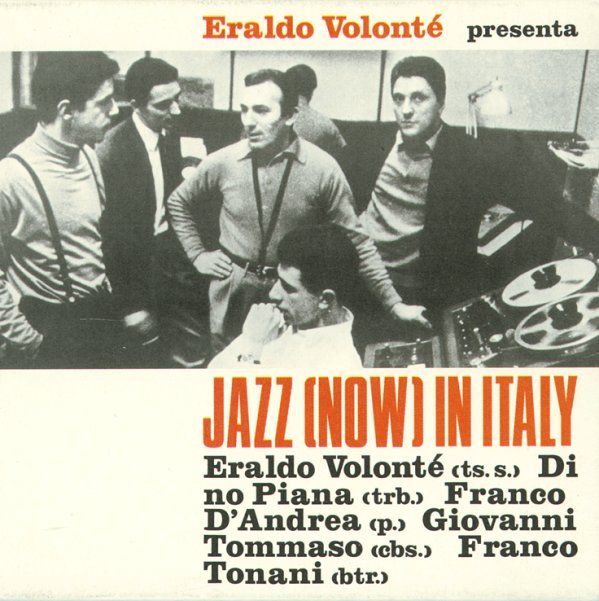 Sublime work from saxophonist Eraldo Volonte – a rare mid 60s session recorded in Italy, and totally hip work all the way through! Volonte's got a tone here that's really tremendous – clearly Coltrane-influenced, especially on the tenor selections – but also stretching out with its own feeling too, especially on some of the album's more outside numbers, which feature Eraldo playing some great lines on soprano sax. There's a very open quality to the record – not exactly free jazz, but almost a "new thing" sense of sonic exploration – one that has Volonte's tenor and soprano sax aligned nicely with trombone from Dino Piana, piano from Franco D'Andrea, bass from Giovanni Tommaso, and drums from Franco Tonani. Titles include "Flamingo", "Mr Arpo", "Eclypso", "Tale", "Explorable", and "Ornette".  © 1996-2021, Dusty Groove, Inc.

Sahib Shihab & All Those Cats
Rearward/Schema (Italy), Late 60s/Early 70s. New Copy 2LP Gatefold
LP...$32.99 39.99 (LP...$19.99)
Although reed player Sahib Shihab made a few records in the US in the late 50's, it wasn't until he moved to Europe and started hanging out with the likes of the Clarke-Boland Big Band that his talents really started to flower. This cool new LP brings together 15 small-combo recordings made by ... LP, Vinyl record album