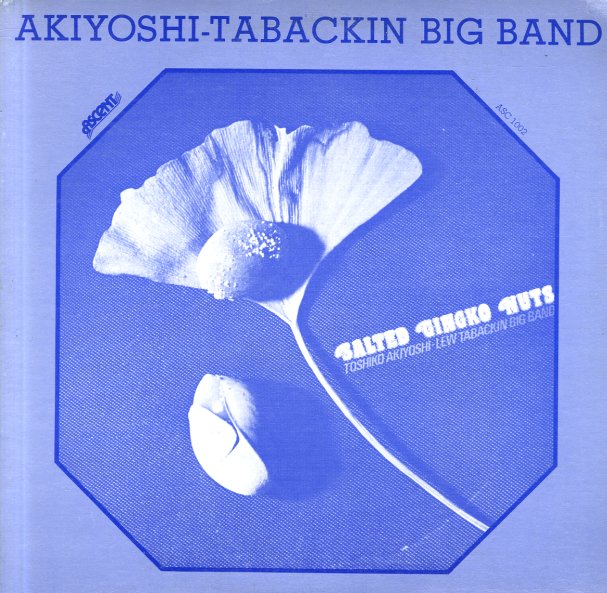 An obscure album from the big band of Toshiko Akiyoshi and Lew Tabackin – all original tracks written by Toshiko, performed by the band with a mix of modern, lyrical, and swinging styles. Features some great work by Bobby Shew and Gary Foster – and titles include "Elusive Dream", "Lazy Day", "Chasing After Love", "Salted Ginko Nuts", and "Time Stream".  © 1996-2022, Dusty Groove, Inc.
(US pressing. Cover has light wear and a small split on the top seam.)

Lee Morgan Memorial Album
Blue Note, 1974. Very Good
LP...$8.99
A great collection of work by Lee – mostly from the mid 60s, packaged together here as a Memorial Album issued by Blue Note as part of a long tradition of such albums for jazz labels (more famous examples include those released for Wardell Gray or Clifford Brown by Prestige). Titles include ... LP, Vinyl record album

What's New?
RCA, 1962. Very Good+
LP...$24.99
A very unique album from Sonny Rollins – one that features him blowing tenor over some Latin-based rhythms that have a tight uptempo feel. The core group on the album features Jim Hall on guitar, Bob Cranshaw on bass, and Ben Riley on drums – but they're augmented by larger ... LP, Vinyl record album

John Lewis Piano
Atlantic, 1957. Very Good
LP...$19.99
One of the strongest sessions recorded by pianist John Lewis in the 50s – a date that shows depths of his talents that run even greater than his work with the Modern Jazz Quartet, quite possibly because is work on piano is at the forefront of the record throughout! There's a sense of ... LP, Vinyl record album

Pieces Of Dreams
Fantasy, 1974. Very Good Gatefold
LP...$4.99
A 70s soulful classic from the mighty Stanley Turrentine! Stan's not the bad "Mister T" on this set – he's more in a smooth, mellow mode – blowing over some nice soulful arrangements by Gene Page, ones that take the CTI funk approach, add in some strings, and create a bit of ... LP, Vinyl record album