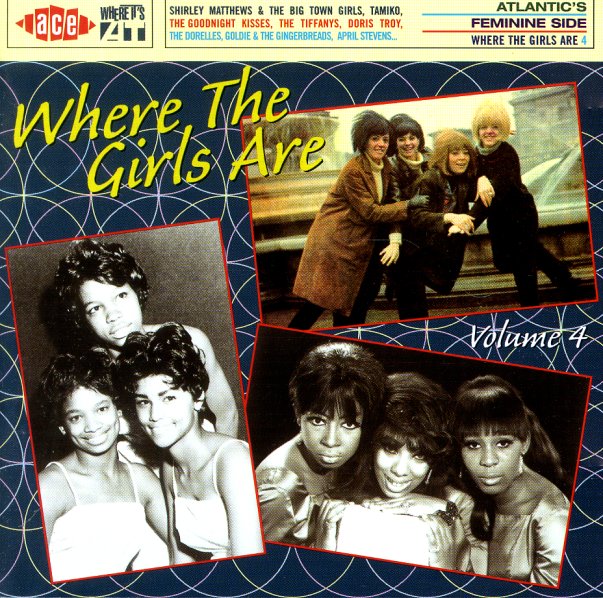 Where The Girls Are Vol 4 – Atlantic's Feminine Side

An all-Atlantic Records volume of this excellent series from Ace Records – one that features rare singles from the 60s that go way past the label's familiar hits – including a good blend of soul tracks, sweet harmonies, and rare rockers we never would have heard otherwise! The collection offers up the strong focus on mid 60s female work that you'll find in previous volumes – but there's also some harder edges here, given the Atlantic approach – and the tracks run the gamut from New York numbers to Motorcity sounds, and even some west coast gems! The package features 26 tracks in all – and titles include "In Paradise" by The Cookies, "Everybody Dance" by Lydia Marcelle, "The Beating Of My Heart" by The Dorelles, "Friday Kind Of Monday" by The Meantime, "Lovin Valentine" by April Stevens, "Rhapsody" by Tamiko, "A Groovy Kind Of Love" by Patti Labelle & The Bluebelles, "Tomorrow Is Another Day" by Doris Troy, "Devil In The Dark" by The Goodnight Kisses, and "Wise Guys" by Shirley Matthews & The Big Town Girls.  © 1996-2022, Dusty Groove, Inc.