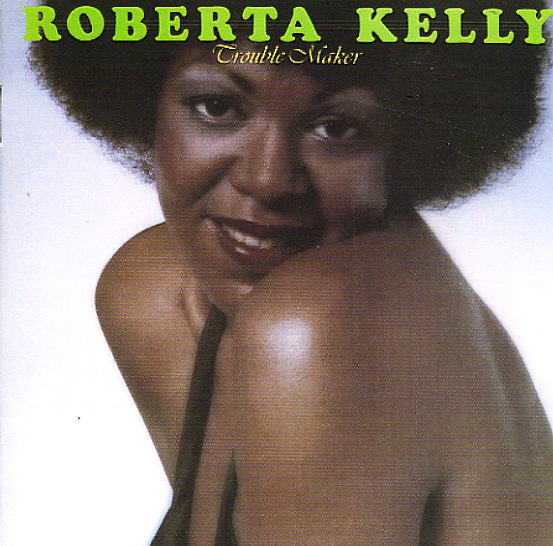 Euro disco from Roberta Kelly – a set that looks like an American soul album from the cover, but which features backings from The Munich Machine and long-running arrangements from Giorgio Moroder! The record's got a similar feel to Moroder's work with Donna Summer – except that Roberta's not as strong of a singer, and sometimes gets lost, or perhaps "swept up", in the standardized rhythms of the set. Titles include "Trouble-Maker", "The Family", "Innocent", "Think I'm Gonna Break Someone's Heart Tonight", and "Love Power".  © 1996-2021, Dusty Groove, Inc.
(Cover has unglued seams.)

Our Ms Brooks
Casablanca, 1978. Near Mint-
LP...$4.99
A record that has Pattie reunited with the Soul Galore production team – working with backdrops that are full, but never too overblown – right in that perfect Casablanca mode! Titles include "Heartbreak In Disguise", "After Dark", "This Is The House Where Love ... LP, Vinyl record album

Love Trilogy
Casablanca, 1976. Very Good
LP...$6.99
A mid 70s classic from Donna Summer – and a follow up to her huge, chart-toppiong Love To Love You Baby – and once again produced by Giorgio Moroder! The record didn't hit the commercial heights of the preceding one, though they did utilize the same sort of Euro-disco approach – ... LP, Vinyl record album

Starpoint
Casablanca/Chocolate City, 1980. Very Good
LP...$9.99
What was the deal with slap-bass funk and spaceship themes right as the 80s approached? We're not going to even begin to answer that question, but Starpoint were one of the bigger examples of that subgenre, and this is their first album on Casablanca – a funky bit of soul with a mixture of ... LP, Vinyl record album