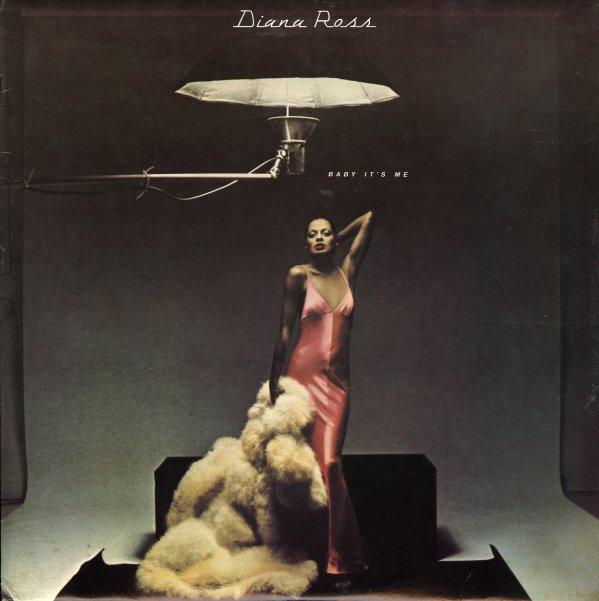 An overlooked gem from Diana Ross – a set that's got a great mix of smooth grooves and tight soul numbers – all handled by 70s superproducer Richard Perry – and set to arrangements from Gene Page! Ross has this confident way of serving up the vocals, but an approach that's not nearly as diva-centric as some of her other work of the period – this almost relaxed style at times, which is even more captivating than usual, and some of her most compelling material on record from the time. The title track "Baby It's Me" actually is a pretty funky number – almost in the funky Pointer Sisters mode – with heavy bass popping a break on the intro, and some nice Hotel Sheet work by Jack Ashford – and other titles include "Too Shy To Say", "You Got It", "Getting Ready For Love", "Top Of The World", "All Night Lover", and "The Same Love That Made Me Laugh".  © 1996-2023, Dusty Groove, Inc.
(Includes the printed inner sleeve. Cover has a cutout notch & light wear.)

Diana Ross Live At Caesars Palace
Motown, 1974. Near Mint-
LP...$2.99
A fantastic early demonstration of the solo powers of Diana Ross – a live date from Vegas, and one that has her commanding the stage not just as a singer of soul music, but as a female star ready to rival the talents of any of her contemporaries in the mainstream! Ross shines here with a ... LP, Vinyl record album