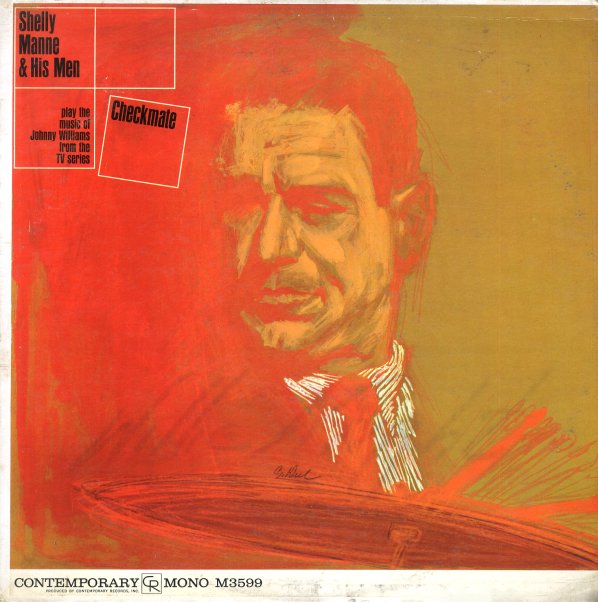 After having a bit of a minor hit with a crime jazz album dedicated to the music of Peter Gunn, Shelly and combo turn towards a less-remembered TV cop show for more music in a similar vein. Checkmate was a short-lived show from the early 60s, but it had a great score by John Williams – one that's a perfect platform for Shelly's group, a quintet that features Richie Kamuca on tenor and Conte Candoli on trumpet. Kamuca's horn is always well suited to odd little numbers like these, and Shelly opens a few of the tracks up past the usual three minute soundtrack crime jazz format – taking tunes like "Checkmate", "Cyanide Touch", "The King Swings", and "The Isolated Pawn" past the 5 minute mark for additional solo flourishes.  © 1996-2021, Dusty Groove, Inc.
(Original mono pressing – yellow label & deep groove. Cover has wear and splitting seams.)