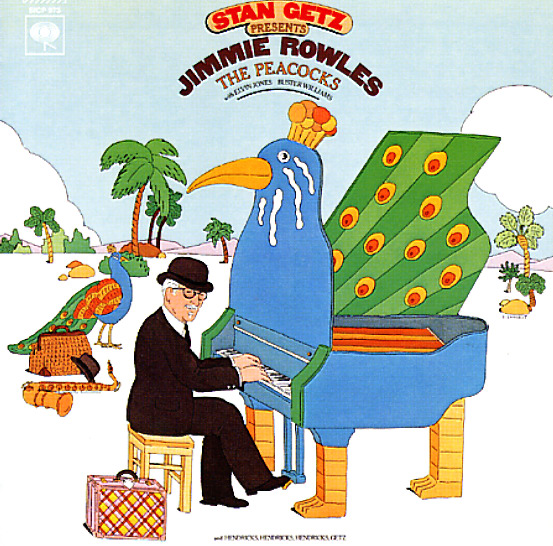 A real standout in the Stan Getz catalog of the 70s – a session of mostly spare duets with pianist Jimmy Rowles, done in a way that really breaks from the format of Stan's other work of the time! Rowles here has a raspy warmth that brings out new voicings in Getz's tenor – an earthiness that comes through especially well on the half of the album that features only Stan and Jimmy playing together alone, but which still shines on the few other tracks that feature the bass of Buster Williams and drums of Elvin Jones expanding the group. 2 short tracks feature only solo piano, and Rowles also sings on a number of the album's tracks, in that breathy mode of his that rarely got captured this well on record – and one other track features Jon Hendricks leading a vocal quartet through a rendition of "The Chess Players". Other titles include "It'll Never Be The Same", "Body & Soul", "What Am I Here For", "The Hour Of Parting", "The Peacocks", "Rose Marie", and "Serenade To Sweden".  © 1996-2022, Dusty Groove, Inc.
(Includes the printed inner sleeve.)