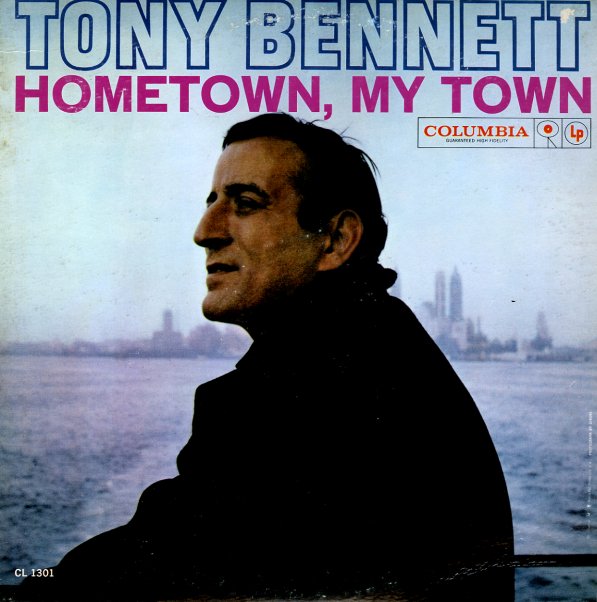 One of Tony's greatest full LPs, an extremely coherent effort that's tied together with a single theme – very unique for his career at the time! The "Hometown" element is a tribute to New York – and the album's a sophisticated suite of tracks set to jazz backings by Ralph Burns, filled with washes of color and emotion that go far beyond what you'd hear on a regular Tony Bennett album. Titles include "The Skyscraper Blues", "Penthouse Serenade", "All By Myself", "Love Is Here To Stay", and "The Party's Over".  © 1996-2022, Dusty Groove, Inc.
(Mono 6 eye pressing with deep groove. Cover has light wear and an ink stamp in back.)