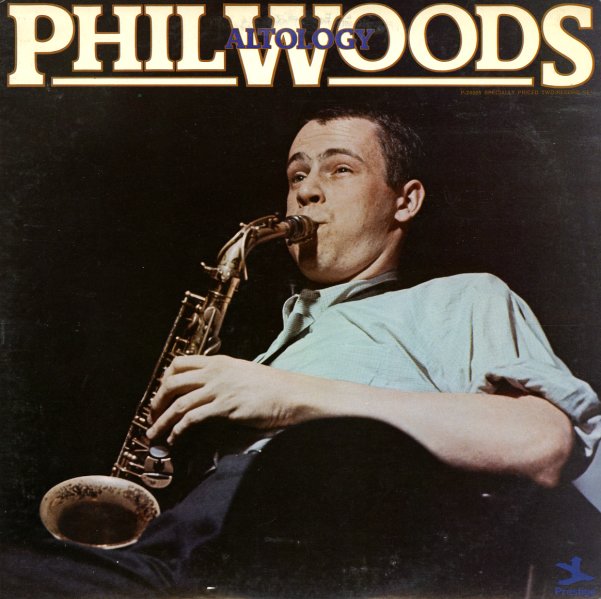 2 mid 50s sets by a young Phil Woods! Record one features Pairing Off – a well-blown album with lots of room for solo space! – Working with a group that includes Donald Byrd, Gene Quill, Kenny Dorham, and Tommy Flanagan – and the 4 tracks off of that album are all quite long, with an open, hardbop-driven blowing session feel, including "The Stanley Stomper", "Cool Aid", "Suddenly It's Spring", and "Pairing Off". Record 2 features material from Bird Feathers, an alto player anthology, & the album Phill & Quill, including the tracks "Creme de Funk", "Solar", "Black Cherry Fritters", and "Altology".  © 1996-2022, Dusty Groove, Inc.
(Cover has ring and edge wear.)

New Phil Woods Album
RCA, 1972. Near Mint-
LP...$3.99
Phil Woods really outdoes himself here – offering the world a whole new side of his talents, and stepping forth at the head of a larger ensemble than usual! The album features Woods' core quartet augmented by larger strings and horns – all in shadings and tones that are incredibly ... LP, Vinyl record album

Phil Woods & His European Rhythm Machine At The Frankfurt Jazz Festival
Embryo, 1971. Near Mint- Gatefold
LP...$16.99
A stunner of an album – light years ahead of Phil's earlier work in America – a bit funky at times, with some really open-ended modern sounds! The album features Phil with his incredible European Rhythm Machine – a group that includes Gordon Beck on electric piano, Henri Texier ... LP, Vinyl record album