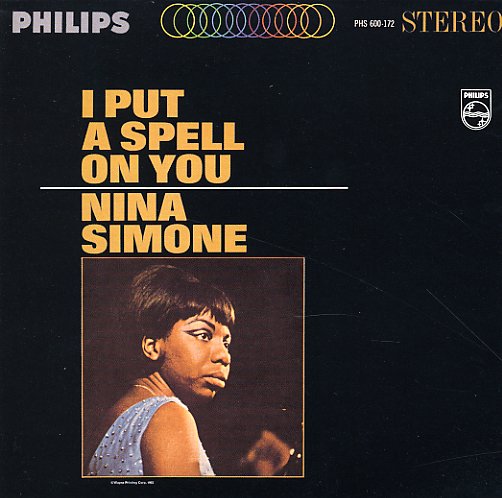 I Put A Spell On You

Captivating work by Nina – working here in that unique crossover style she was using in the mid 60s – a blend of jazz and soul arrangements that were perfect for her intimate folksy style. The album's one of her first few for Philips, and it really has her opening things up a bit – going for a new range of expression that includes influences that wouldn't have been heard on her sets a few years back. And as some great examples, the album includes a classic rendition of "Feeling Good", plus "Take Care of Business", "Gimme Some", Jacques Brel's "Ne MeQuitte Pas" and the title track, "I Put A Spell On You", which is an incredible reworking of the classic by Screaming Jay Hawkins!  © 1996-2023, Dusty Groove, Inc.

Hittin The Ramp – The Early Years 1936 to 1943 (7CD set)
Resonance, Late 30s/Early 40s. New Copy 7CD
CD...$55.99 99.99
A mindblowing look at the early years of Nat King Cole – a set that stretches in a mighty wide space before Nat's big fame at Capitol Records – and which also greatly expands our understanding of the material he recorded during his Decca years too! The music takes Nat back to a time ... CD

Once Upon A Summertime (SHMCD pressing)
Verve (Japan), 1958. New Copy
CD...$16.99 19.99
A really fantastic album from the young Blossom Dearie – and in a way, a record that kind of sets the tone for all the greatness to come in future recordings! Here, Blossom is already breaking from standard jazz vocal modes – using some of the hipness she'd picked up in France to ... CD