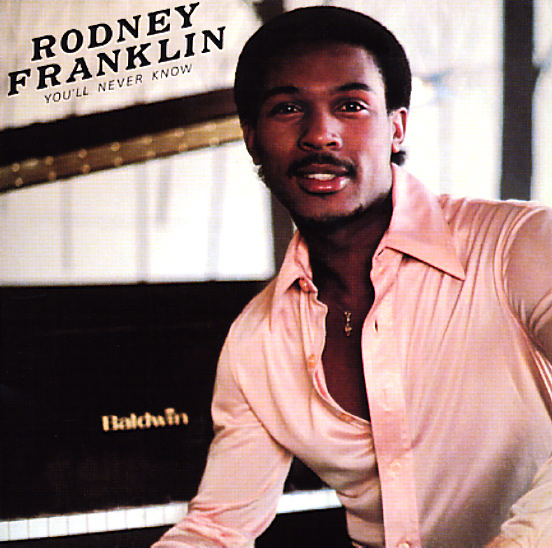 Fully-formed genius from the amazing Rodney Franklin – one of the best keyboard stars to emerge from the late 70s scene! Franklin's got a great talent for balancing influences from jazz and soul in ways that are similar to contemporaries George Duke and Bobby Lyle – and like both of those players, he still stands strong in jazz, but makes some key nods to soul music on this set – adding in a bit of vocals where needed, and moving into some R&B-drenched fusion lines that all sound pretty darn hip! As on previous records, Rodney plays both acoustic and electric keys – blending them wonderfully for a very deep sound – and the group behind him features some especially nice work on reeds, which bring sharper edges to some of the best tracks on the set. There's a wonderfully deep feel to the whole thing – way more than you'd expect for a major label release at the time – and titles include "Felix Leo", "The Watcher", "The Groove", "Journey", "You'll Never Know", "Return", and "Parkay Man".  © 1996-2021, Dusty Groove, Inc.