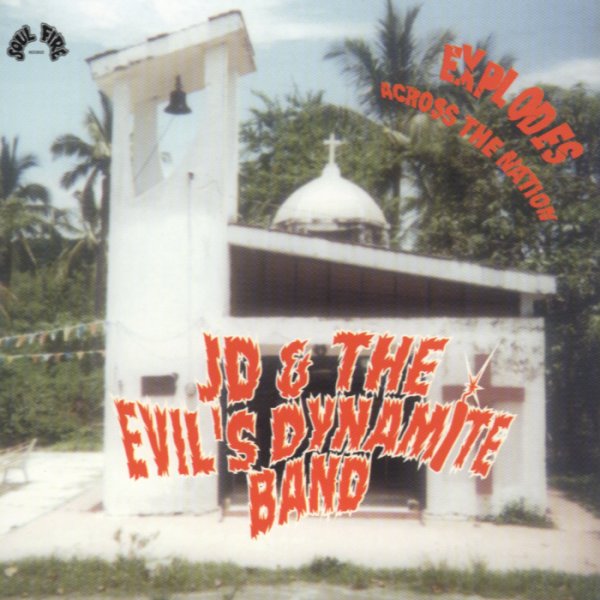 JD & The Evil's Dynamite Band Explodes Across The Nation

A brilliant bit of funk – with a heavy classic sound! JD & The Evil's Dynamite Band are another one of those new funky combos to fall under the Desco/Soul Fire umbrella – and like other acts of recent years (Daktaris, Mike Jackson & The Soul Providers, Sugarman Three), the group's got a firm commitment to the funky 45 sound of the late 60s and early 70s, and groove like the best obscure combos of the classic years! The instrumental set has a nice tripped-out quality to it – with some fuzziness on the drums, making them nice and sloppy, and angling the funky quality of them quite nicely. There's some echoey guitar that sounds great, plus odd bits of percussion, stoner organ, and some very hip rhythmic progressions that push way past the usual James Brown-type of funk. Titles include "Everglades (parts 1 & 2)", "Kalahari", "Heavy Heavy . . . Heavy", "Mean Scene", "Flames of Darkness", and "My Beach, My Waves, F*ck Off!".  © 1996-2021, Dusty Groove, Inc.