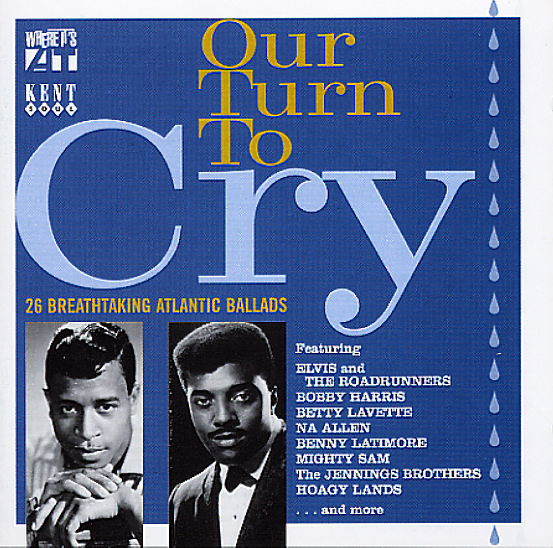 A wonderful batch of rare deep soul tracks from the Atlantic catalog – featuring some excellent work from singers who rarely turn up on other collections of the label's work. Most of the tracks are from the mid to late 60s – and just about all of them were only ever issued as singles, as the artists never got a chance to cut full LPs for Atlantic. The set's a perfect example of the way that Atlantic kept digging around the southern scene for new talent – often uncovering some real geniuses, who sadly got overlooked in the wake of the bigger stars of the time. Titles include "What Can You Do When You Ain't Got Nobody" by Soul Brothers Six, "A Message To My Baby" by Billy Harner, "He Don't Belong To Me" by Doris Troy, "Temptation's Bout To Get Me" by Ed Robinson, "Let Me Down Easy" by Alvin Robinson, "No Easy Way Down" by Na Allen, "Your Turn To Cry" by Betty Lavette, "Breakfast In Bed" by Baby Washington, "I've Got Enough Heartaches" by Mighty Sam, "I'm Just An Ordinary Man" by Benny Latimore, "How Can You Babysit A Man" by Ned Towns, and "Lonely Soldier" by Mike Williams.  © 1996-2022, Dusty Groove, Inc.

Northern Soul's Classiest Rarities Vol 6
Kent (UK), Late 60s/Early 70s. New Copy
CD...$9.99 18.98 (CD...$7.99)
Upbeat soul with plenty of polish – but never in a way that dampens the groove at all! Instead, these tracks mark a huge new level of sophistication in the soul world of the 60s – sounds from smaller labels who were learning the lessons of Motown – able to fuse together tight ... CD