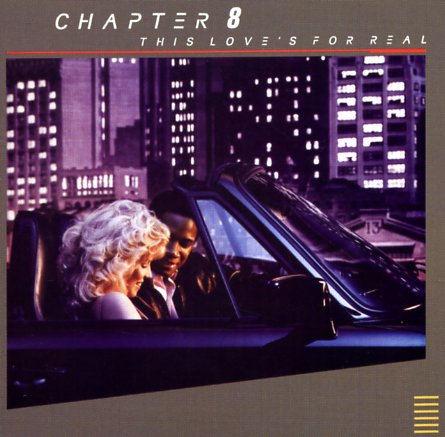 This Love's For Real

An obscure later album from west coast soul group Chapter 8 – recorded after Anita Baker had left the group to move out on her own, but done for the mid 80s Beverly Glen indie, where Baker had also gotten her start as a solo act! The set's got a feel that's smooth and sophisticated – tighter even than the group's 70s album on Mercury – and most of the tracks focus on mellow modern and more adult-styled soul numbers that showcase the vocals of singers Valerie Pinkston and Gerald Lyles. Titles include "How Can I Get Next To You", "Don't Stop Loving Me", "How Is It Possible", "Love Loving You", "It's My Turn", and "Don't You Think It's Time".  © 1996-2021, Dusty Groove, Inc.
(Cover is lightly bent around the edges.)