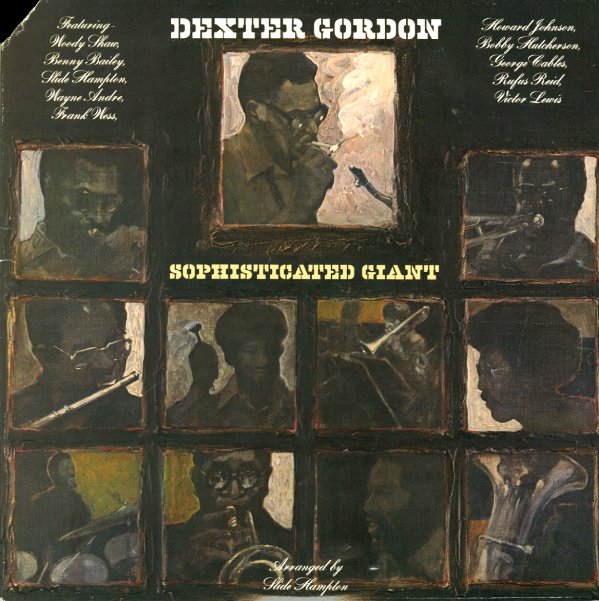 Also available
Dexter Gordon — Sophisticated Giant ... CD 7.99
A really wonderful album from Dexter Gordon's later years at Columbia – and a rare session that pairs larger arrangements with his soulful voice on the tenor and soprano saxophone! Although other players worked often in this mode, the record may well be the only one of its type for Dexter – but that doesn't stop it from being a standout treasure that lets us hear a whole new side of his talents. Slide Hampton handled the arrangements, and he really works some magic with players that include Woody Shaw, Benny Bailey, Frank Wess, and Bobby Hutcherson – using their best talents to create richly chromatic backdrops for Dex's solos. A few of the players step out on their own lines on longer tracks, and titles include "Fried Bananas", "You're Blase", "Insensatez", "Moontrane", and "Laura".  © 1996-2022, Dusty Groove, Inc.
(2012 Music On Vinyl 180 gram pressing, including the insert.)

After Hours
Steeplechase (Denmark), Mid 60s. Near Mint-
LP...$16.99
Lost genius from Dexter Gordon's initial years in Europe – a set that has him still stretching out in familiar Scandinavian modes, but with a slightly tighter sound too! The group's notable in that it features trumpeter Rolf Ericson – whose horn really adds a lot to the frontline, and ... LP, Vinyl record album

Monmartre Collection Vol 1
Black Lion (UK), 1967. Very Good+
LP...$9.99
One of the first great European statements from tenorist Dexter Gordon – a 1967 live recording that really lets Dexter stretch out, and show an even deeper side of his talents than on his 60s albums for Blue Note! The rhythm section here is rock solid – Kenny Drew on piano, Neils ... LP, Vinyl record album