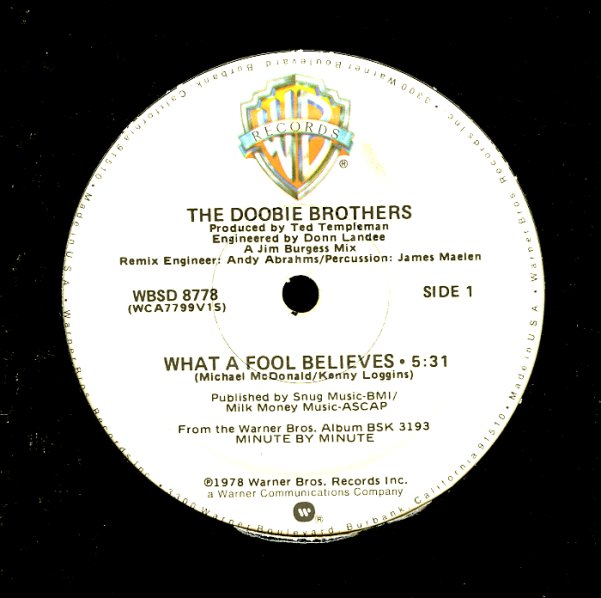 Easily one of the Doobies' biggest pop moments of the 70s – presented here in a promo-only single with a special "disco mix" that really just seems to improve the sonic quality of the tune, and not change up the overall song at all.  © 1996-2022, Dusty Groove, Inc.
(Promo in a company sleeve. Label has a name in pen.)