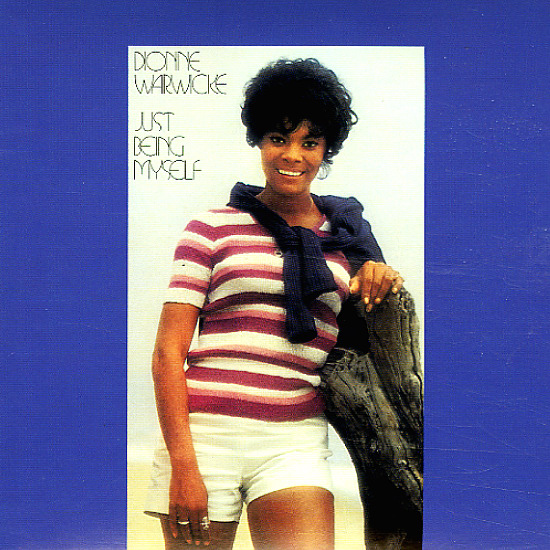 While the title may claim that Dionne Warwick is "Just Being Myself", the sound of the set is something completely different – a surprisingly great album that has the lady working with the post-Motown production team of Holland-Dozier-Holland! There's a quality here that resonates strongly from the very first note – a bold move away from Bacharach to some of the more adult soul modes explored in the 70s – handled by HDH with full-on backings on some numbers, but with a more gentle Warwick-styled groove on others. The album's got a depth we never would have expected – especially from the slightly-soppy cover – and Dionne's manage to bring in all the strengths from earlier years, yet also recast them a bit with a fuller soul-based groove on the set. The album features the surprisingly funky "I'm Just Being Myself", which has some great sinister flute over skittish drums – plus the tracks "You're Gonna Need Me", "Come Back", "Don't Burn The Bridge", "Don't Let My Teardrops Bother You", and "I Think You Need Love".  © 1996-2021, Dusty Groove, Inc.
(White label stereo promo. Cover has light wear and a cutout hole.)

1999
Warner, 1982. Very Good 2LP
LP...$44.99 (CD...$14.99)
The record that forever put Prince on the map – a legendary set that took him from being an under-appreciated soul singer to a lasting pop music legend! Prince had been around for a few years before 1999 – but the double-length set was the first to really win over the masses to his ... LP, Vinyl record album