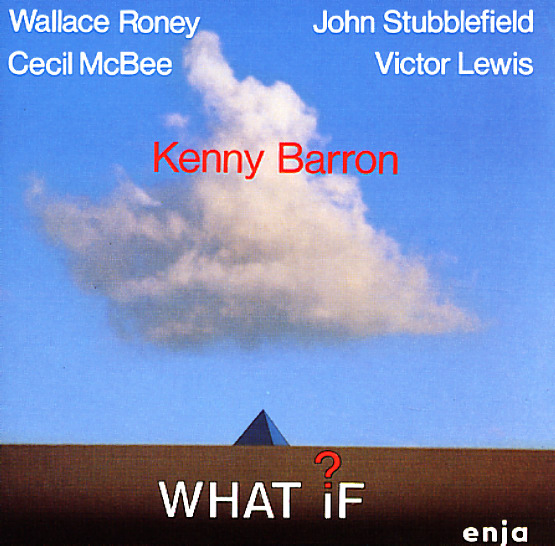 Although Kenny Barron's always a heck of a great musician on his own or in a piano trio, we're especially partial to his work in groups with horn players – and this album is a great example of that preference! Kenny first came to fame working with Dizzy Gillespie in the 60s, and since that point, he's always had a tremendous ear for the right tones and shadings from horns needed to augment his own soulful vision on the keys – a way of setting up the other players in the group to build on the well-crafted Barron lines, and take them even further into the stratosphere. This set follows that format, and draws great energy from Wallace Roney on trumpet and John Stubblefield on tenor – both at their younger best, and working alongside Kenny's piano with Cecil McBee on bass and Victor Lewis on drums. The lineup sparkles most on the 4 longer Barron numbers on the album – "Phantoms", "What If", "Voyage", and "Lullabye" – all of which take us back to the brilliance of Kenny's best Muse albums of the 70s. Other tracks feature smaller, more piano-centrist groupings – on tracks that include "Dexterity", "Close To You Alone", and "Trinkle Trinkle".  © 1996-2021, Dusty Groove, Inc.
(Canadian pressing. Cover has a cut corner and some wear on the bottom seam.)

Bennie Wallace Plays Monk
Enja (Germany), 1981. Near Mint-
LP...$9.99
Tenorist Bennie Wallace takes on the music of Thelonious Monk, and adds in a few of his own tunes too – in a greta quartet with Jimmy Knepper on trombone, Eddie Gomez on bass, and Dannie Richmond on drums. LP, Vinyl record album