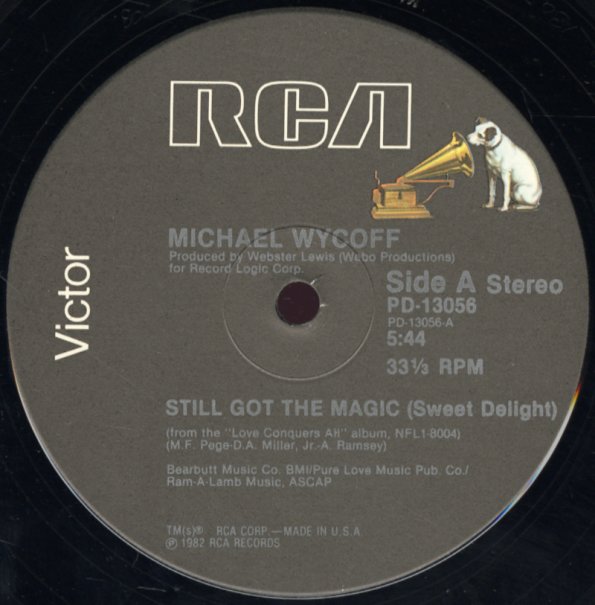 Still Got The Magic/Take This Chance Again

Webster Lewis is working with Michael on both of these tracks – giving the grooves a slightly jazzy bounce that's similar to Lewis' own club work for Columbia! "Still Got The Magic" is a thumping midtempo number that's heavy on the bottom, but soars a bit on the top with Wycoff's lyrics – but the real charmer here is "Take This Chance Again" – a warmer, more mellowly gliding number that has a much more soulful feel!  © 1996-2021, Dusty Groove, Inc.