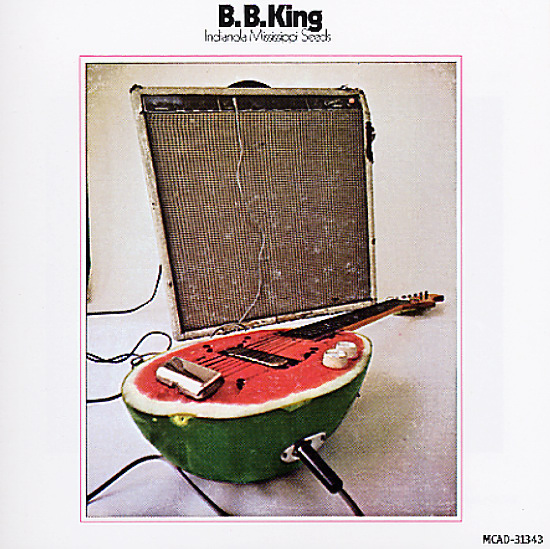 BB King hips up his groove a bit here – picking up some of the crossover soul and rock touches used by contemporaries over at Chess/Cadet, and expanding his sound with a range of guests that include Leon Russell, Joe Walsh, and Carole King! Despite the presence of these bigger names, the set's very much in BB's own spirit – mostly focused on his vocals and guitar work, and still mostly including original compositions. A few tunes get nice and funky on the rhythms, although still very much in a blues-based way – and Jimmie Haskell contributes a few larger arrangements from time to time. Titles include "King's Special", "Until I'm Dead & Cold", "You're Still My Woman", "Hummingbird", "Go Underground", and "Chains & Things".  © 1996-2022, Dusty Groove, Inc.
(Black label stereo pressing with 1B matrix. Cover has light surface wear & aging, small spot of wear on spine.)