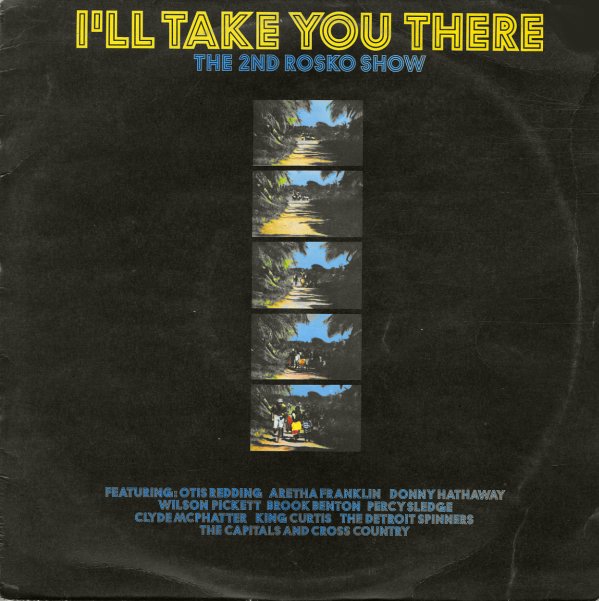 I'll Take You There – The 2nd Rosko Show

A mid 70s compilation of soul and R&B artists on Atlantic. Nothing earth shattering here, just a solid collection of tracks. 13 tracks in all, including "The Ghetto" and "Love Love Love" by Donny Hathaway, "Could It Be I'm Falling In Love" by the Detroit Spinners, "Cool Jerk" by the Capitols, "Rock Steady" by Aretha Franklin, "Memphis Soul Stew" byKing Curtis, "Rainy Night In Georgia" by Brook Benton, "Warm & Tender" by Percy Sledge, "I'll Take You There Where The Music's Playing" by the Drifters, "Fire & Water" by Wilson Pickett and more!  © 1996-2021, Dusty Groove, Inc.
(UK pressing. Cover has a cut corner and unglued seams.)