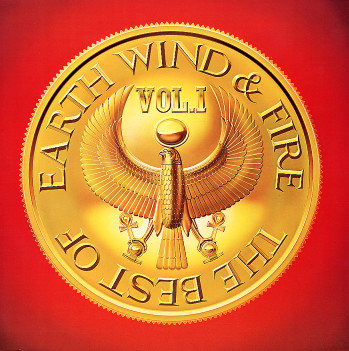 Fantastic stuff through and through – and almost a "best of" best of collection from the 70s! The album's a key illustration of the genius of Earth Wind & Fire on Columbia Records – because by the time the set was released in 1978, most of the tracks were already well-known hits – but still had a soulful power and righteous undercurrent that few other chart acts could match. Maurice White, Charles Stepney, and the others have a perfect way of holding onto their deepest inspirations while honing their sills in the studio – and the results of that commitment are heard beautifully on tracks that include "Got To Get You Into My Life", "Shining Star", "Getaway", "Can't Hide Love", "Fantasy", "Reasons", "September", and "That's The Way Of The World".  © 1996-2021, Dusty Groove, Inc.
(Includes the printed inner sleeve. Vinyl has a number of light marks and plays with faint crackle. Cover is still in nice shape however.)

Touch The World
Columbia, 1987. Sealed
LP...$11.99
Earth Wind & Fire touch the world with this sweet batch of grooves – a set of tracks that has them firmly embracing the electric sound of 80s soul, yet still bringing in some light spiritual touches of their own! The beats are pretty heavy at points – making for plenty of groovers ... LP, Vinyl record album