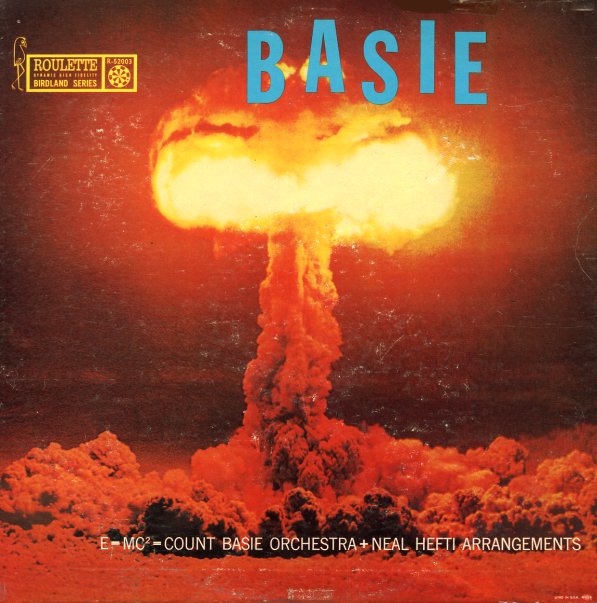 One of THE seminal Basie albums of all time – and a masterful pairing between the Count and arranger Neal Hefti! Hefti has an amazing ear for the Basie groove, and he works here to re-fit the overall sound of the group with a tighter, more fluid approach – one that ensured that they'd be alive and booming well into the 60s. The Hefti touch is one that's slightly lighter than the Basie of before – one that assumes the bump at the bottom, but never overdoes it – and instead almost uses the sound of no sound at all to carry the rhythm – while the horns at the top of the group are vamping around in these majestic charts that break out into fantastically searing solos. Basie's on piano, natch – and other players include Thad Jones, Joe Newman, Henry Coker, Al Grey, Frank Wess, Frank Foster, and Eddie Lockjaw Davis. Titles are all brilliant Hefti originals – and include "After Supper", "Flight Of The Foo Birds", "Teddy The Toad", "Splanky", "Fantail", and "Lil Darlin".  © 1996-2021, Dusty Groove, Inc.
(Mono color bar pressing with deep groove. Cover has half split seams held with tape.)