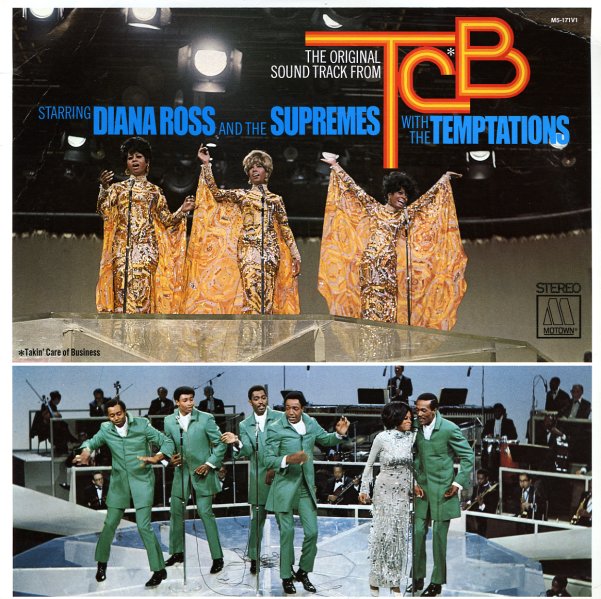 One of the odder 60s LPs from the Supremes, the soundtrack to a film that starred the group, with some guest appearances by The Temptations – in Motown-show versions of tracks that often feature the singers lapsing into medleys of other tunes, or doing some popular hits of the day. Titles include "Respect", "Somewhere", "Stop In The Name Of Love", "TCB", "For Once In My Life", "Hello Young Lovers", "I Hear A Symphony", and "The Impossible Dream".  © 1996-2021, Dusty Groove, Inc.
(Stereo pressing. Cover has light wear and aging, with a small split in the top seam.)