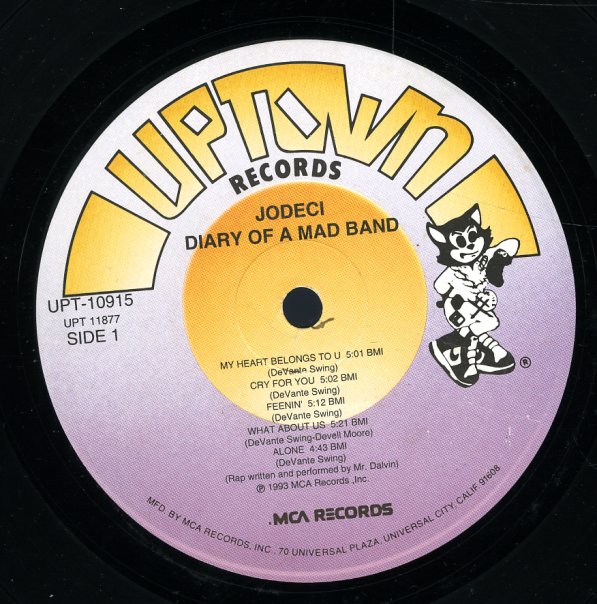 Diary Of A Mad Band

My Life (3LP 25th Anniversary Remaster)
Uptown/MCA, 1994. Near Mint- 3LP Trifold
LP...$69.99
The stunning second album from Mary J Blige – a record that showed that both the singer and her new form of soul music were around to stay! Production is from Sean Combs and Chucky Thompson – very heavy on beats borrowed from the underground, but nicely tuned to the mainstream – ... LP, Vinyl record album

Camouflage
MCA, 1981. Very Good
LP...$4.99
An under-appreciated gem by Rufus – the group's last album before Chaka left to depart on her successful early 80s solo career – and a nice one nonetheless! There's a trace of 80s groove in the mix – especially on the bass and percussion – but these elements are handled ... LP, Vinyl record album

Fancy Dancer
MCA, 1981. Very Good+
LP...$14.99
A great little set from One Way – post disco Detroit dancefloor soul of the first order! There a crisp, tight bubbling sound that's pretty wonderful – and warm in the spots where so many records of the period and cold and mechanical – that great mix of funk, modern soul, and ... LP, Vinyl record album

One Way Featuring Al Hudson (1980)
MCA, 1980. Sealed
LP...$11.99 (CD...$11.99)
One of the greatest albums ever from Al Hudson and One Way – a set that still has the group bristling with loads of funky energy – yet also hitting a groove that's wonderfully smooth as well! One Way were really one of the top of the larger funk combos of the time – and this set's ... LP, Vinyl record album