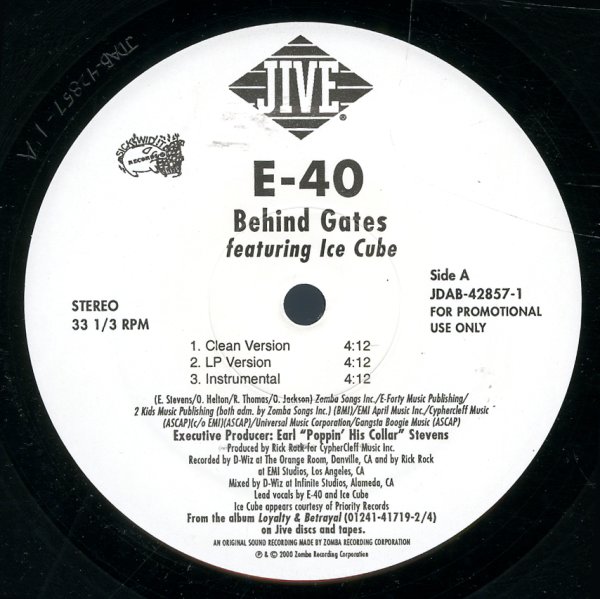 Behind Gates (clean, LP, inst)/To Whom This May Concern (clean, dirty, inst)

Features Ice Cube on "Behind Gates".
(Promo in a stickered sleeve.)