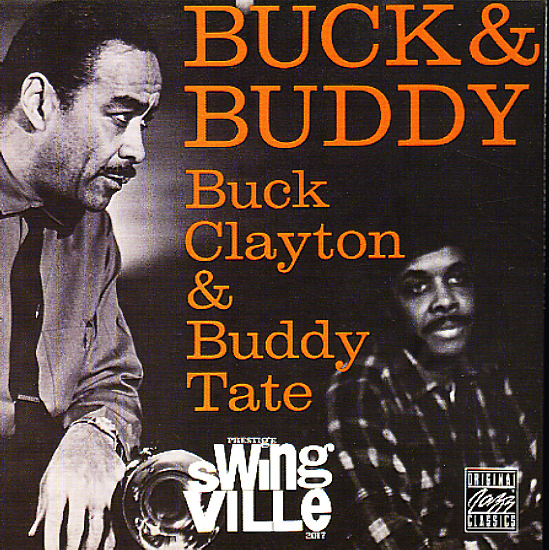 Beautiful blowing from Buck Clayton and Buddy Tate – captured here in the relaxed, easy-going setting of the Swingville label! The album's got a lot more charm than some of Clayton's sides for Columbia – a bit more mellow, with the kind of after hours feel that lets players like these show their strongest suits on their instruments. Clayton plays trumpet, Tate tenor – and rhythm is from the trio of Sir Charles Thompson on piano, Gene Ramey on bass, and Mousie Alexander on drums. Titles include "High Life", "Birdland Betty", "Can't We Be Friends", and "Kansas City Nights".  © 1996-2022, Dusty Groove, Inc.
(Red label Swingville pressing with deep groove and RVG stamp. Cover has light wear in one corner, but is pretty great overall.)