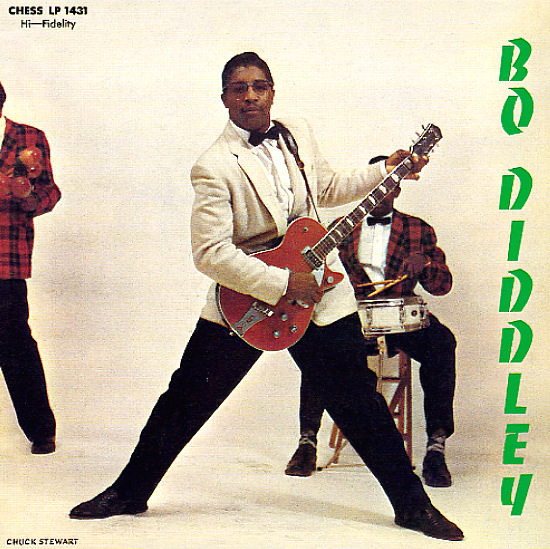 Fantastically twangy! We never tire of Bo Diddley's incredible guitar work – and you'll get plenty of it in this early album he cut for Chess, a tasty batch of 12 tracks, all original tunes with a stripped-down gutbuckety sound – rough, raw rhythms that feature plenty of Bo's gritty guitar over the top! The cover's got a picture of Bo holding a conventional hollow-body – nice and echoey, and a bit different than his later trademark square guitar – but the sound is still loud and proud throughout. Titles include "Bo Diddley", "I'm A Man", "Hey Bo Diddley", "Bring It To Jerome", "Say Bossman", "Diddley Daddy", "Hush Your Mouth", and "Who Do You Love".  © 1996-2021, Dusty Groove, Inc.
(80s Original Chess Masters pressing. Cover has a promo stamp.)