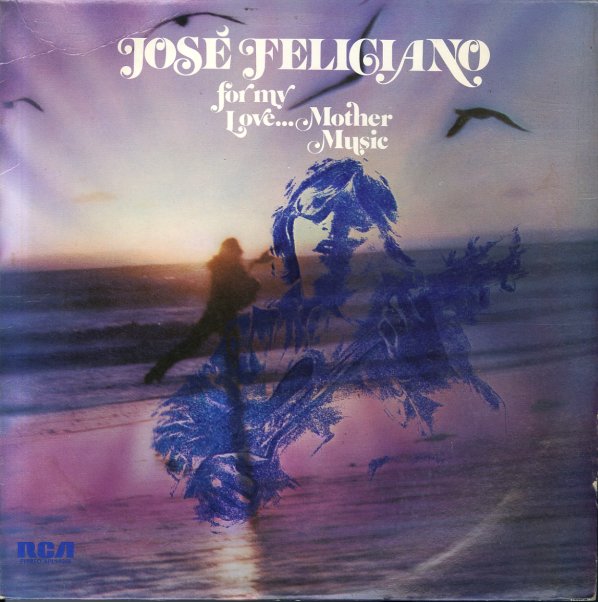 For My Love... Mother Music

Kind of a mixed bag of sorts from Jose Feliciano, but a nice one too – recorded in the same year as his sublime And The Feelin's Right album, but not as concise as that one – and more of a collection of different modes explored on Feliciano albums over the few previous years. Steve Cropper's working with Jose on production here – and some tracks have a rootsier Memphis-inspired sound, while others pick up a bit more of a warmer LA glow. Feliciano himself is perhaps a bit too "heartfelt" at times – working the lyrics and notes with an earnestness that's fine, but which kind of holds him back a bit, and doesn't let his voice flow along with the tunes in the way that we really like on other records – but the overall style is still pretty great, and Jose's always a lot hipper than most of his contemporaries! Titles include "Blame It On The Sun", "Mother Music", "Shoo-Fly", "I Like What You Give", "Stoney Heart", "For My Love", and "World Without Music".  © 1996-2021, Dusty Groove, Inc.
(Cover has a promo imprint.)

Of Muse & Man (aka That The Spirit Needs)
RCA, 1971. Very Good+ Gatefold
LP...$9.99
A sublime one from Jose! The record pushes past the easy Latin pop style of the late 60s, and features Jose working through hip rock tunes – both of his own creation, and by writers like Elton John and Cat Stevens. The real highlight of the album is an incredible reading of "Wild ... LP, Vinyl record album