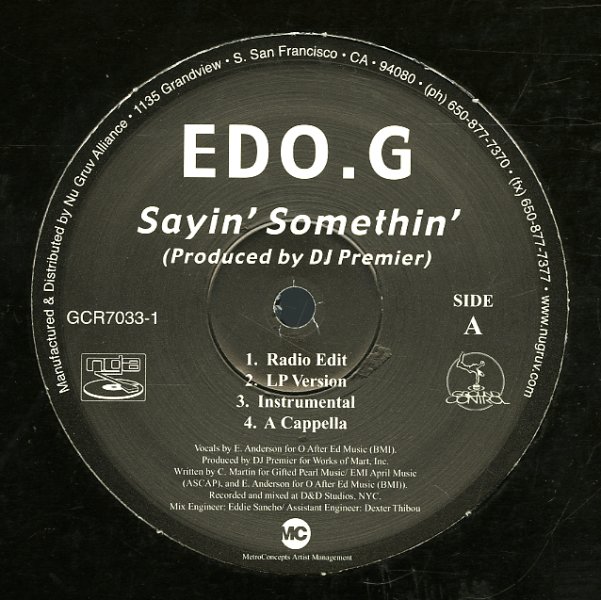 Originally a promo only single, but one which generated enough interest to get a commercial release, with classic production by DJ Premier on "Sayin Somethin'".  © 1996-2021, Dusty Groove, Inc.

Freaky Deaky (double a-side promo single)
Polydor, 1978. Very Good+ (pic cover)
12-inch...$14.99
One of Roy's better club groovers from the late 70s – one that begins with an incredibly long conga riff, then rolls into the popped bass and funky vamping of Roy's more uptempo work. The chorus is quite catchy, and the whole thing runs along with plenty of American Promise! 12-inch, Vinyl record