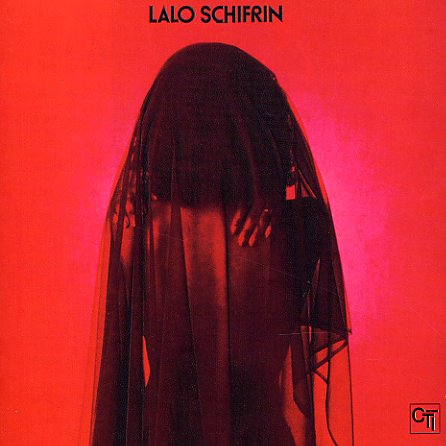 Funky 70s work from film score maestro Lalo Schifrin – served up with a bit of a disco twist, and plenty of the electric jazz funk elements that were showing up in his soundtracks at the time! Lalo's on keyboards, playing a cool host of electric ones that give the record a nice spacey sound over the top of the funky arrangements – and there's plenty of nice guitar work – either by Eric Gale or John Tropea – which gives the cuts some nice choppy funky bits that drive them a bit harder than you might expect! Titles include an amazing funk remake of "Quiet Village", plus "Dragonfly", "Black Widow", "Baia", "Turning Point", and a version of the "Jaws" theme!  © 1996-2021, Dusty Groove, Inc.
(Mexican pressing on Gamma, with yellow CTI labels, in a gatefold cover. Cover has gloss separation at the corners and along the spine.)