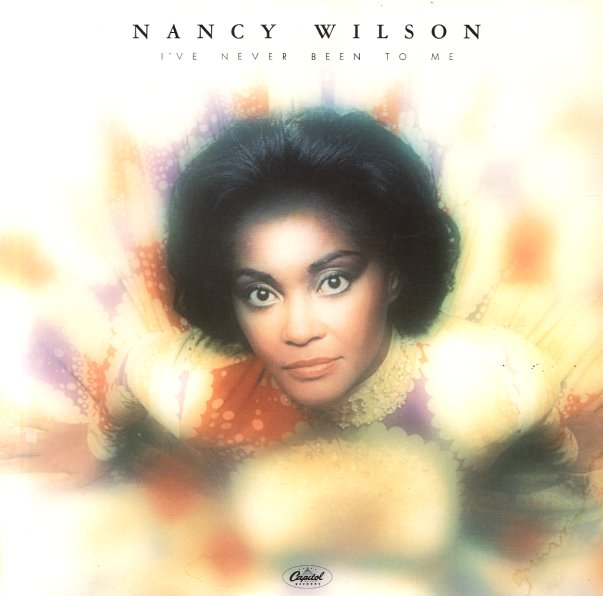 I've Never Been To Me

Nancy Wilson hits hard on two different levels – some of the mellow, sophisticated numbers that made her mid 70s years so great – and a few more upbeat groovers that aim strongly for the clubs! The blend is carried off well here – thanks to production and arrangements from Gene Page and Garry Sherman – both of whom avoid any too-commercial modes and really help keep the album at a level that works perfect for Wilson's huge legacy in soul music! The sound often has that great Capitol Rare blend of class and soul – and titles include "Love Is Alive", "Flying High", "All By Myself", "Here It Comes", "Moments", "Changes", and "Nobody".  © 1996-2022, Dusty Groove, Inc.
(Cover has some wear and light staining along the bottom.)