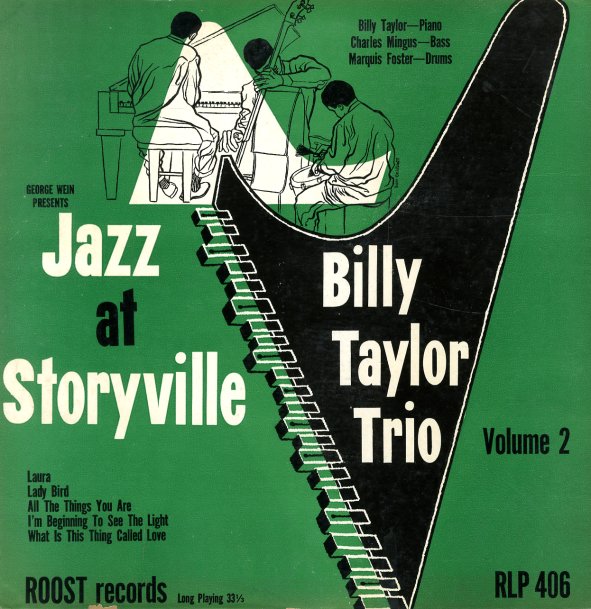 Rare Roost sides from Billy Taylor – recorded with a unique combo that features Charles Mingus on bass and Marquis Foster on drums! Mingus' bass tones are extremely pronounced in the set – bolder and more aggressive than we're used to hearing with Taylor at the time – and Taylor himself is nicely open on the keys, and plays with a hard left hand touch at some points. Titles include "Laura", "All The Things You Are", "Lady Bird", "What Is This Thing Called Love", and "I'm Beginning To See The Light".  © 1996-2020, Dusty Groove, Inc.
(Blue label Royal Roost pressing with deep groove. Cover has some wear and aging.)

My Dear Little Sweetheart
Roost, Early 60s. Very Good
LP...$11.99
One of the most obscure Johnny Smith albums for Roost – and one of the most striking, too! The album takes the sound of Johnny's guitar and backs it with some larger arrangements from Irwin Kostal – very mellow, and very string-laden – with a dreamy late nite quality that's even ... LP, Vinyl record album

Johnny Smith Plus The Trio
Roost, 1960. Near Mint-
LP...$14.99
A trio is helping out guitarist Johnny Smith – but, as with all of his other Roost Records of the time, the man himself is very far out in the lead – making real magic on the strings of his guitar, and playing with an effortless command of tone and color! Some moments of the record ... LP, Vinyl record album