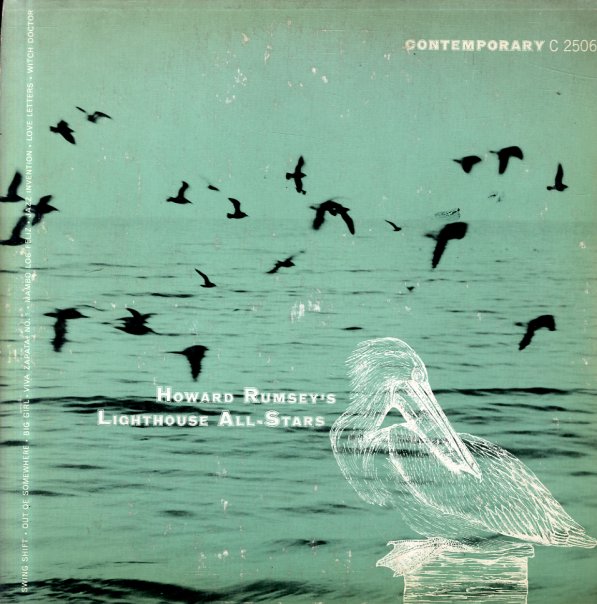 One of the first albums to ever bear the name of Howard Rumsey's Lighthouse All-Stars – a well-chosen monikker for a record to feature the talents of leading 50s west coasters like Shorty Rogers, Jimmy Giuffre, Bob Cooper, Shelly Manne, Milt Bernhardt, and Herb Geller. The format here is a bit more freewheeling than some other Lighthouse sessions – as the mood changes up from track to track – offering up some great Latin on a few tunes (one with Jack Costanzo and another with Carlos Vidal on percussion), a bit of R&B tenor wailing, and some more of the usual Four Brothers-styled horn lines. Titles include "Mambo Los Feliz", "Jazz Invention", "Witch Doctor", "Swing Shift", and "Viva Zapata No 1".  © 1996-2021, Dusty Groove, Inc.
(Cover has very small center splits in the seams and spine, with light wear and a small stain on back, looks nice otherwise.)