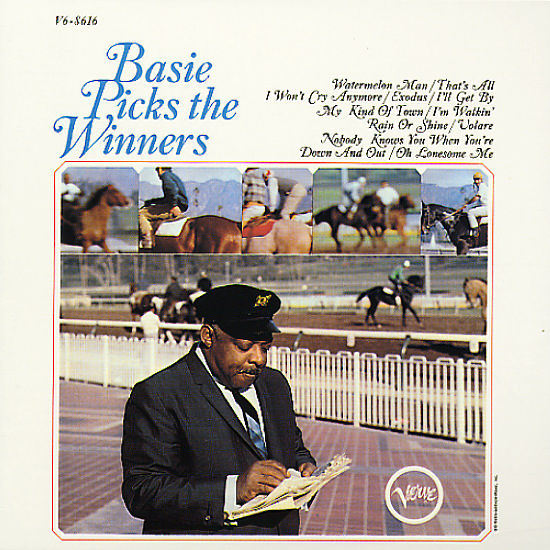 Count Basie picks his own set of "winners" – tracks pulled from the pop charts, and re-arranged by Billy Byers to give them the true Basie touch – that soaring, syncopated groove that makes the Basie band so great at this stretch in their career! The set features a number of 60s standards, plus a few older tunes – all performed in a warm, buoyant tone that was every bit the best side of the Basie group in that decade. Players include Eric Dixon and Eddie Lockjaw Davis on saxes, plus lots of great trombone from Al Grey – players who burst out of the group with tight short solos that really get the point across! Titles include "I'll Get By", "Watermelon Man", "Exodus", "I'm Walkin", and "Volare".  © 1996-2021, Dusty Groove, Inc.
(Mono MGM pressing with deep groove. Cover has light wear and aging.)