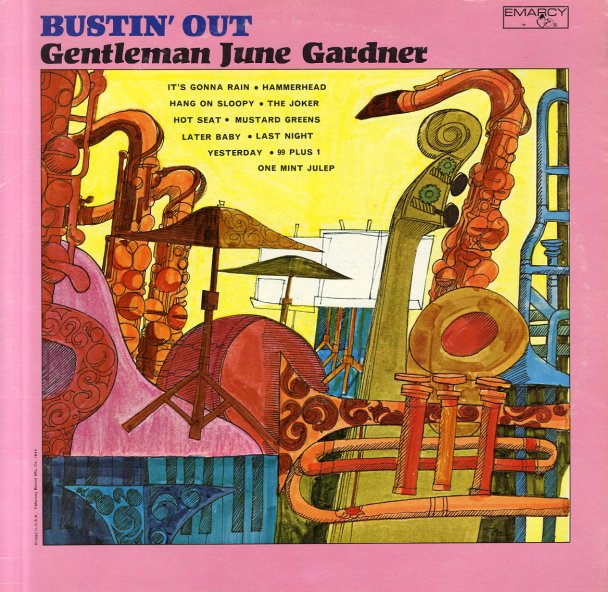 A rollicking batch of 60s instrumentals, served up by drummer June Gardner – billed as Gentleman June on the cover! June's from New Orleans, but the groove here is more in a Memphis mode – vamping along with a larger group in a post-Ray Charles mode – featuring tighter soul instrumental takes on hits of the 60s, plus a few key numbers written by producer Wardell Quezerque. And although June's the leader on drums, the real focus here is on the tenor and alto sax solos on the tracks – uncredited, but all pretty nice, and following in a mode that owes plenty to King Curtis. Titles include "99 Plus 1", "Last Night", "Hammerhead", "Hot Seat", "Mustard Greens", "Later Baby", and "The Joker".  © 1996-2020, Dusty Groove, Inc.
(Stereo pressing with deep groove. Cover has light wear, some splitting in the bottom seam, and a small drillhole through the center. Label has a small drillhole.)