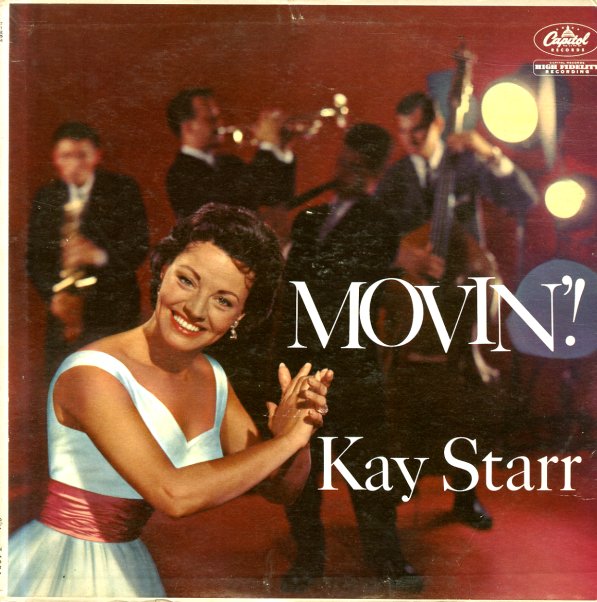 One of Kay's classics for Capitol – an upbeat, all-grooving set of tracks that showcases Starr's unique blend of swing and country phrasing! Van Alexander handled all the arrangements – and the tracks have lots of snapping percussion at the bottom, nice bluesy phrasings, and a fair bit of breakout (uncredited) horn solos throughout the set. Titles include "On A Slow Boat To China", "Movin", "Lazy River", "Swingin Down The Lane", "Song Of The Wanderer", and "Around The World".  © 1996-2021, Dusty Groove, Inc.
(Stereo rainbow label pressing. Cover has a half split top seam, light surface wear, and some aging.)

Rockin' With Kay
RCA, 1958. Very Good+
LP...$4.99
An unusual RCA outing from Kay Starr – definitely a bit rockin at times, and done in that mix of country and pop vocals made famous on her Capitol recordings. LP, Vinyl record album

Blue Starr
RCA, 1957. Very Good+
LP...$2.99
Plenty of blue tones in Kay Starr's music here – those sad-tinged sounds that made her a real standout in 50s pop, served up here with some slightly jazzier elements as well! The record's a nice contrast to some of Kay's more familiar hits – in that it still shows her singing strongly ... LP, Vinyl record album