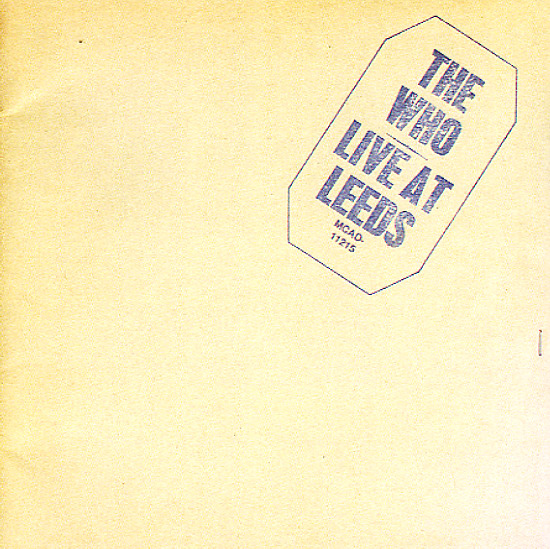 A landmark live set from The Who – a record that offers the group with a blistering intensity that blows away all their other studio albums of the time! Although offered during the Who's Tommy-era expansion into broader themes and more complicated instrumentation, the album's a real return to basics – and features a guitar-heavy version of the group performing a number of older rock n roll classics like "Summertime Blues", "Shakin All Over", and "Young Man Blues" – plus really extended jamming takes on their own "My Generation" and "Magic Bus", and a searing 2 minute take on "Substitute" that's probably everything you ever need to know about The Jam!  © 1996-2020, Dusty Groove, Inc.
(Original gatefold pressing with all 12 extras! Cover has light wear.)

Quadrophenia
Track/MCA, 1973. Very Good 2LP Gatefold
LP...$24.99
A record we'd never part with – and easily our favorite album ever from The Who! Quadrophenia represents the group at its peak from all perspectives – songwriting, performance, and even studio presence – as the album's got a sonic sensibility that few other albums of the time can ... LP, Vinyl record album