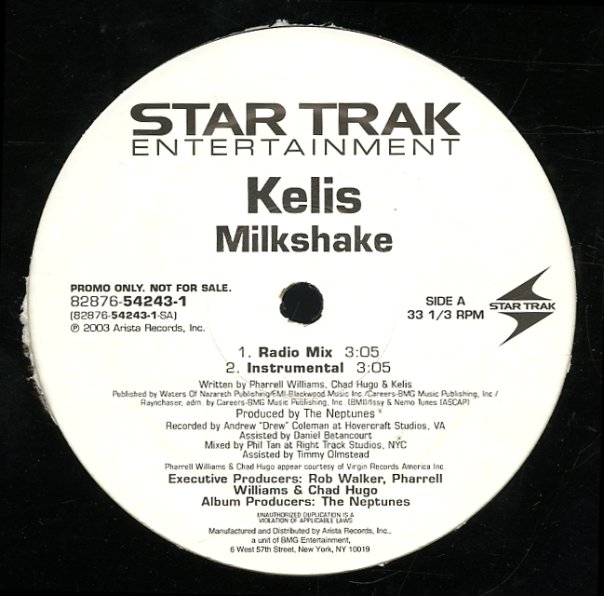 (Promo in a Star Trak sleeve.)

Play At Your Own Risk (Lil Jon rmx main, Lil Jon rmx inst, Lil Jon rmx radio, orig)
Tommy Boy, 1984/1998. Very Good+
12-inch...$1.99
The sound of future past from The Greatest Beats series! An early Arthur Baker electro classic for you to pop and lock to your heart's content to, plus a Lil Jon remix featuring R&B vocals by Lathun. 12-inch, Vinyl record