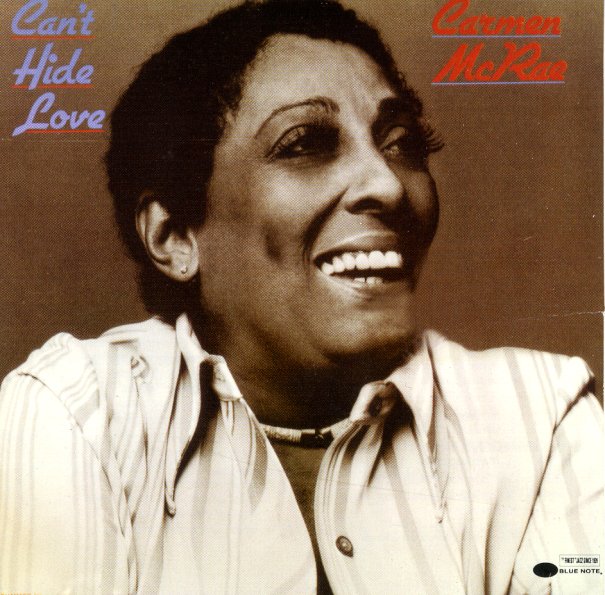 Sweet soul from Carmen McRae – a great 70s album for Blue Note, and one that has the classic singer moving into some very groovy material! The feel here is much more soul than jazz – at least the jazz of the torchy style from Carmen's roots – but as you'd guess from McRae, the vocals still bring plenty of great inflections to play – personalizing even familiar tunes, and really helping to push the level of an already-great record! Arrangements are by Gerald Wilson, Dave Grusin, Johnny Mandel, and Thad Jones – and the set includes Carmen's hip cover of "Can't Hide Love" – plus "I Wish You Well", "Only Women Bleed", "Lost Up In Loving You", "Would You Believe", "A Child Is Born", and "All By Myself".  © 1996-2022, Dusty Groove, Inc.
(Cover has a light bend along the top seam.)

Second To None
Mainstream, 1964. Near Mint-
LP...$14.99
One of Carmen McRae's best records of the 60s – an album done with beautiful arrangements from Peter Matz, who's probably best known for his work with Barbara Streisand at the time – and who really helps McRae take her music to the next level! Carmen was already one of the most ... LP, Vinyl record album

Fine & Mellow – Live At Birdland West
Concord, 1988. Near Mint-
LP...$9.99
A mighty nice setting for Carmen McRae, and a bit different than usual too – especially given that the backing group is a pretty soulful tenor/organ combo! Jack McDuff handles the Hammond, and Red Holloway plays both tenor and alto, with some nice comping from Phil Upchurch on guitar in the ... LP, Vinyl record album

By Special Request
Decca, 1955. Near Mint-
LP...$26.99
A cool session for Decca that has Carmen's vocals flowing out wonderfully amidst some very haunting backings! The sound here is a bit unusual – given that the groups are headed by accordion Mat Mathews and pianist Dick Katz – both of whom have a good ear for unusual phrasing, and who ... LP, Vinyl record album

Ms Jazz
Groove Merchant, Early 70s. Very Good+
LP...$6.99
Always-hip work from the great Carmen McRae – a singer who moved way past standard jazz during the second half of the 60s – to a point where she was really handling a great range of material by the start of the 70s! Carmen's voice was always great, but there's a really special quality ... LP, Vinyl record album

Velvet Soul (It Takes A Whole Lot Of Human Feeling/Ms Jazz)
Groove Merchant, 1973/1974. Sealed 2LP Gatefold
LP...$6.99
This double-length set brings together two albums' worth of work that Carmen McRae recorded for the Groove Merchant label in the early 70s! The style here is strongly jazzy, but with a firm dose of soul too – all in a mode that follows nicely from Carmen's late 60s sessions for Atlantic ... LP, Vinyl record album