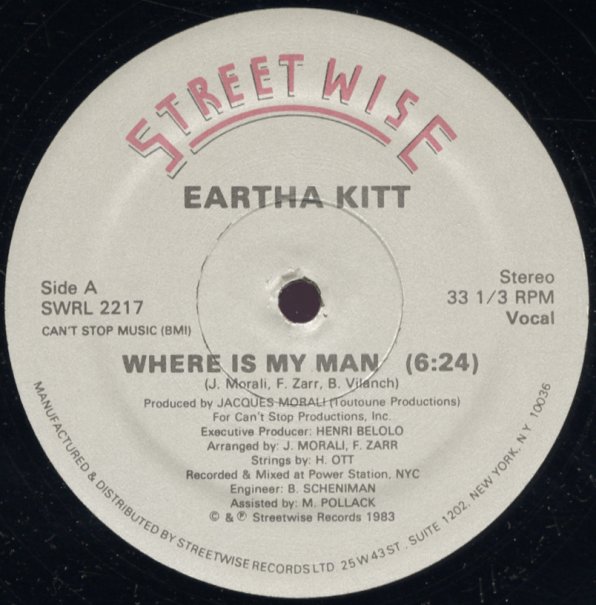 Where Is My Man (voc, inst)

Either a comeback or a swan song for Eartha – as it was her first big single in years, and maybe her last ever – but whatever the case, the tune was a strong entry in the camp disco category – with a title and theme that would keep this one playing on dancefloors for years!  © 1996-2022, Dusty Groove, Inc.
(In a Streetwise sleeve.)