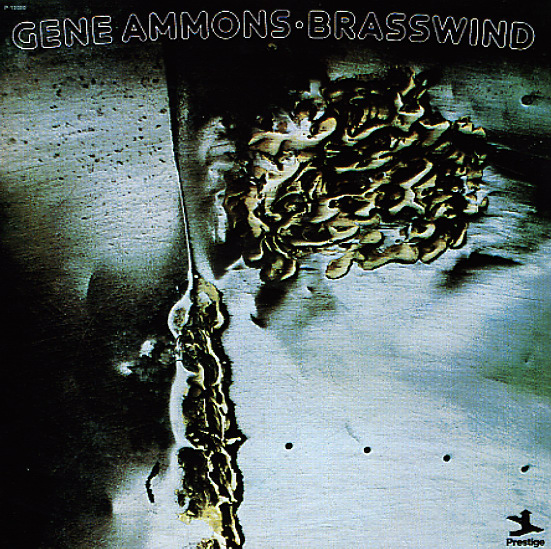 Gene Ammons gets the Cannonball Adderley treatment – as he blows funky solos over an album arranged and conducted by David Axelrod! Brasswind has a larger, fuller funky sound than some of his earlier work for Prestige – and it works very well! The overall sound's a bit smoother, but Axelrod's edge is still quite sharp, and the polished jazzy arrangements still have plenty of funk to around. George Duke is on keyboards and Carol Kaye plays bass – and other players include Snooky Young, Michael Howell, Jim Horn and Kay Migliori. Titles include "Cantaro", "Brasswind", "Cariba", "Rozzie", and "Once I Loved".  © 1996-2021, Dusty Groove, Inc.
(Original copy, in great shape – save for a small mark that clicks for a bit on the final track.)

Kai & Jay/Bennie Green With Strings
Prestige, 1952. Near Mint-
LP...$11.99
A great pairing of sides by two of the fifties greatest trombone acts! JJ Johnson and Kai Winding are on one side, with a boppish set of tunes, and Bennie Green's on the other, with a tight string ensemble. The music holds little surprises, but there's some nice takes on standards and of course, ... LP, Vinyl record album