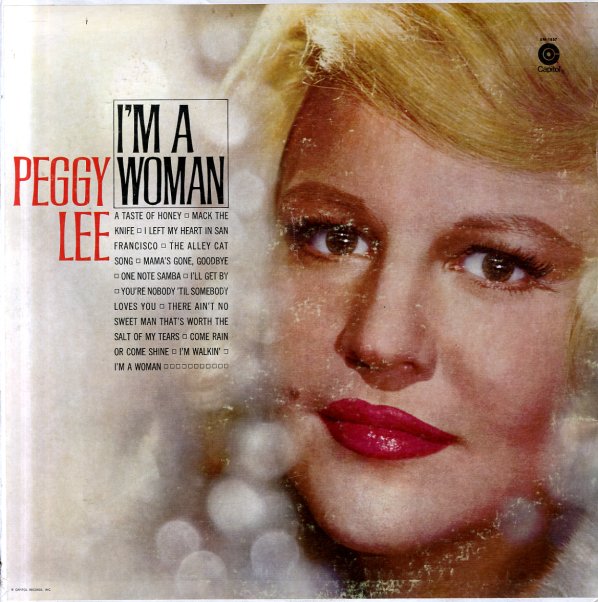 A landmark album in Peggy's career – one that featured some wonderful crossover hits that broke her into a whole new audience in the 60s – and which really helped cement Peggy's relationship with Capitol Records. Benny Carter and Dick Hazard arranged the set with a gentle bouncing swing – still jazzy enough to keep Peggy's sophisticated side in place, but buoyant enough to hit that syncopated groove that was helping singers like Sinatra and Sammy D find new chart success at the time. Titles include "The Alley Cat Song", "I'm Walkin", "Mack The Knife", "I'm A Woman", "One Note Samba", and "There Ain't No Sweet Man".  © 1996-2021, Dusty Groove, Inc.
(Rainbow label mono pressing. Cover some splitting on the bottom seam.)